Playoff landscape slowly coming into focus with one week remaining in regular season.

PEMBROKE – Not much has been cleared up in the New England Future Stars playoff picture since last week – 49 spots still up for grabs – but it is now known where teams will be playing their semifinal games on Saturday, August 13.

The Squirts will play at the Aleixo Arena in Taunton. Peewees at Pirelli Veterans Arena in Franklin. Bantams at the Navin Arena in Marlboro. Varsity at the William L. Chase Arena in Natick. Both the Girls U14 and Girls Varsity divisions will play their semifinal games at the Cronin Skating Rink in Revere as the hopefuls look to advance to Championship Sunday.

Start times for all semifinal games, as well as locations and times for Play-In Friday matchups, will be decided following Week 13 games this Saturday and Sunday.

The playoff brackets below will continue to be updated as the regular season is completed over the weekend and teams lock into their final standings. The full 2016 Championship Weekend schedule with times and locations for all 60 playoff games will be released on Monday, August 8. 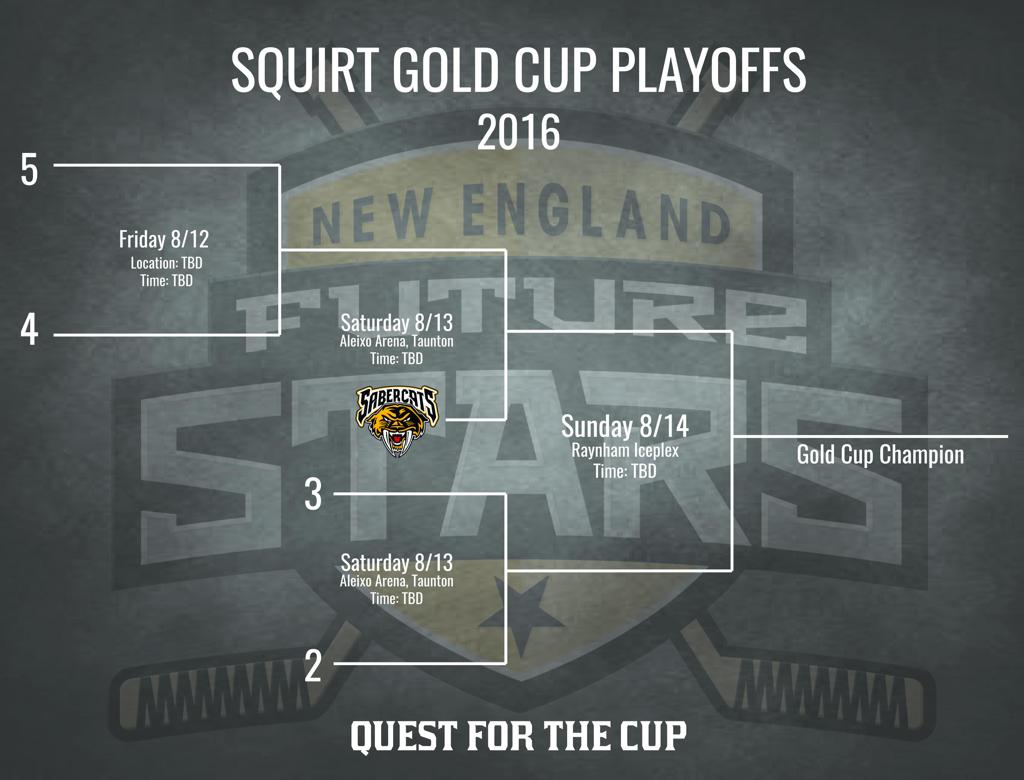 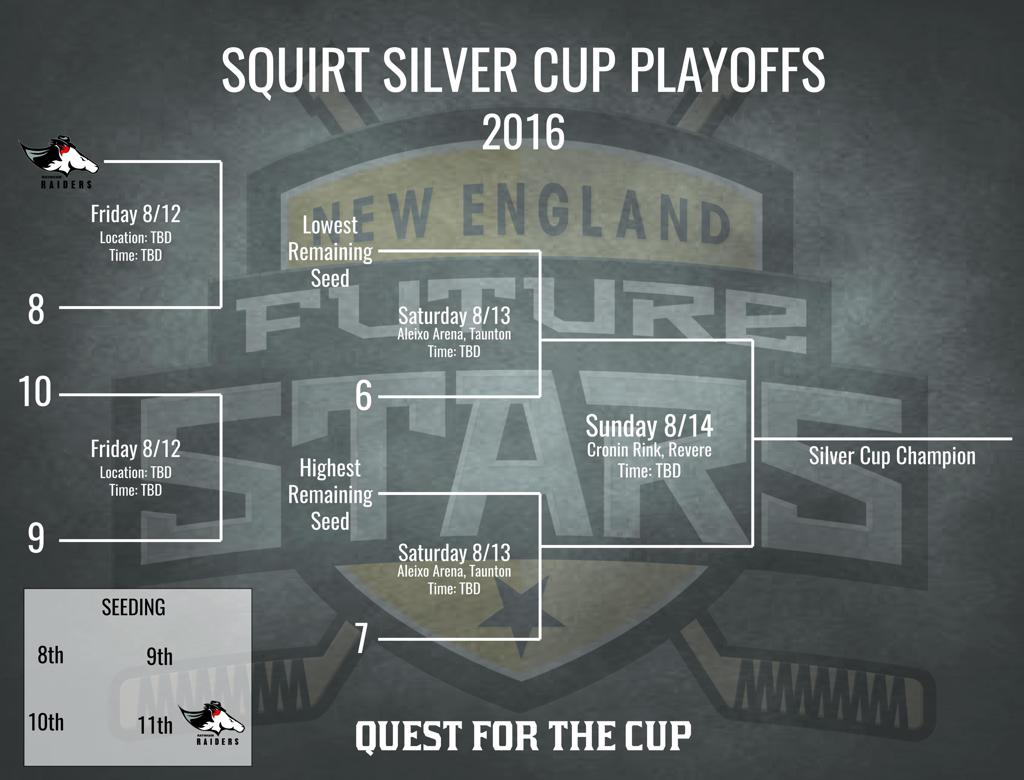 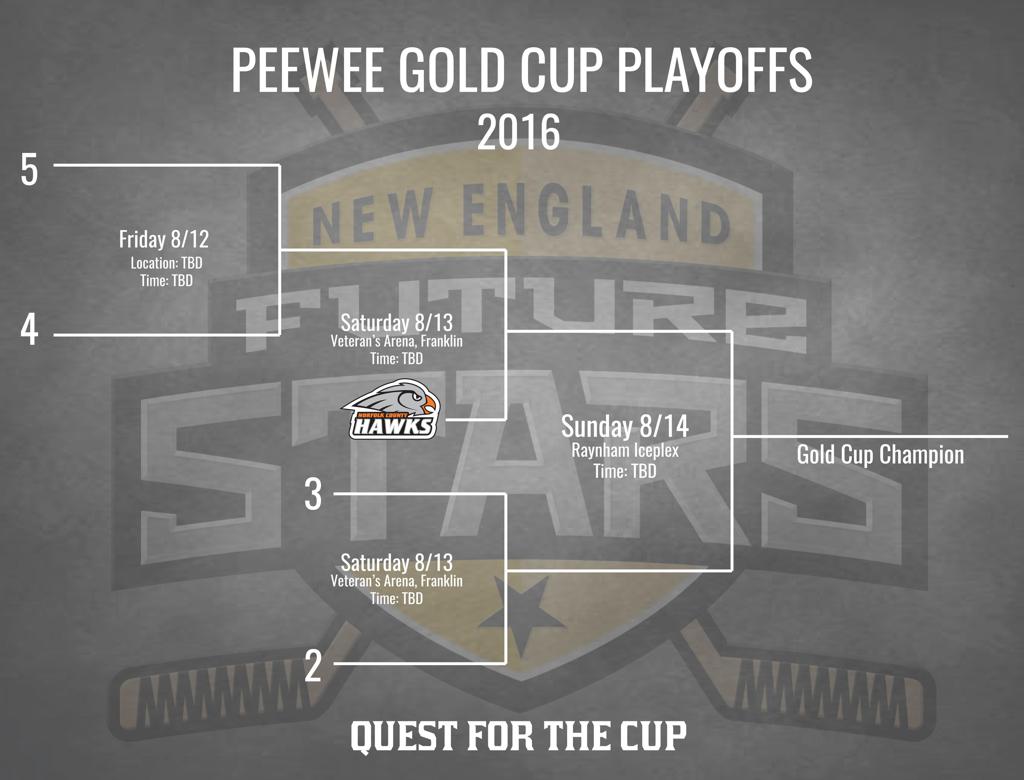 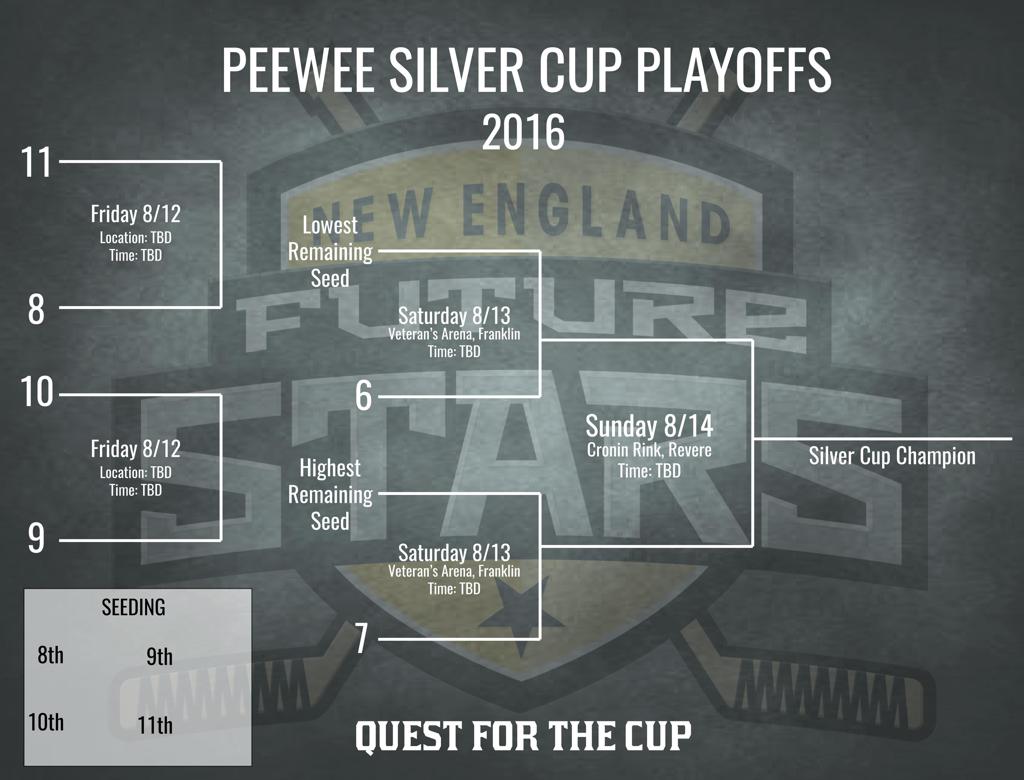 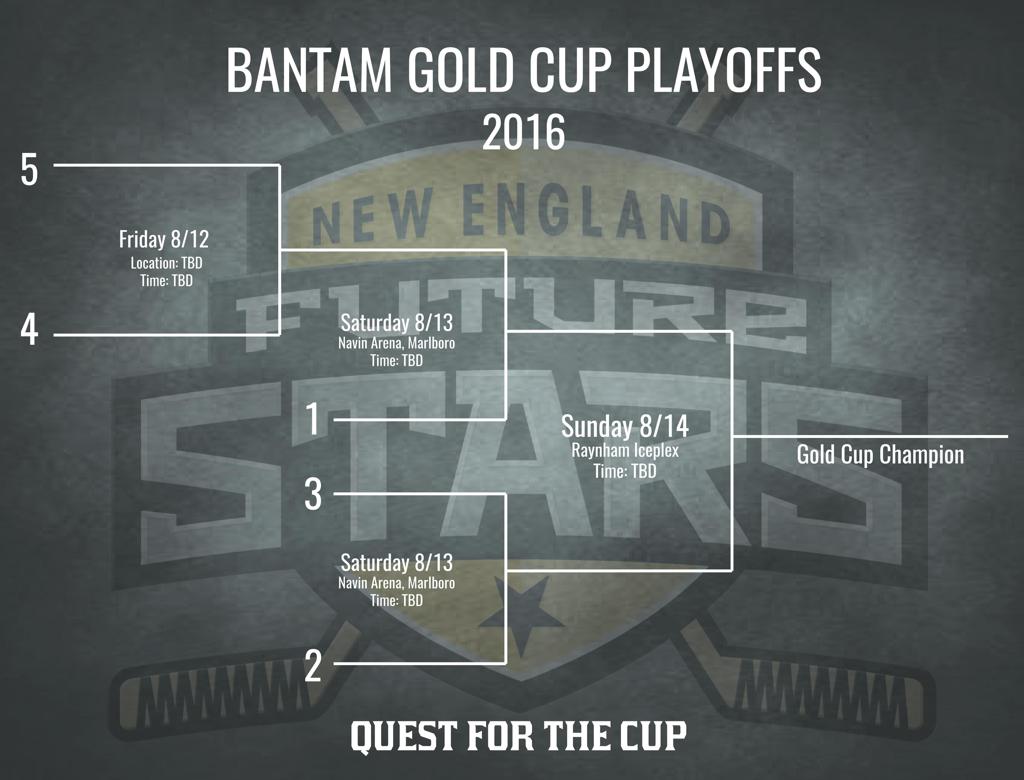 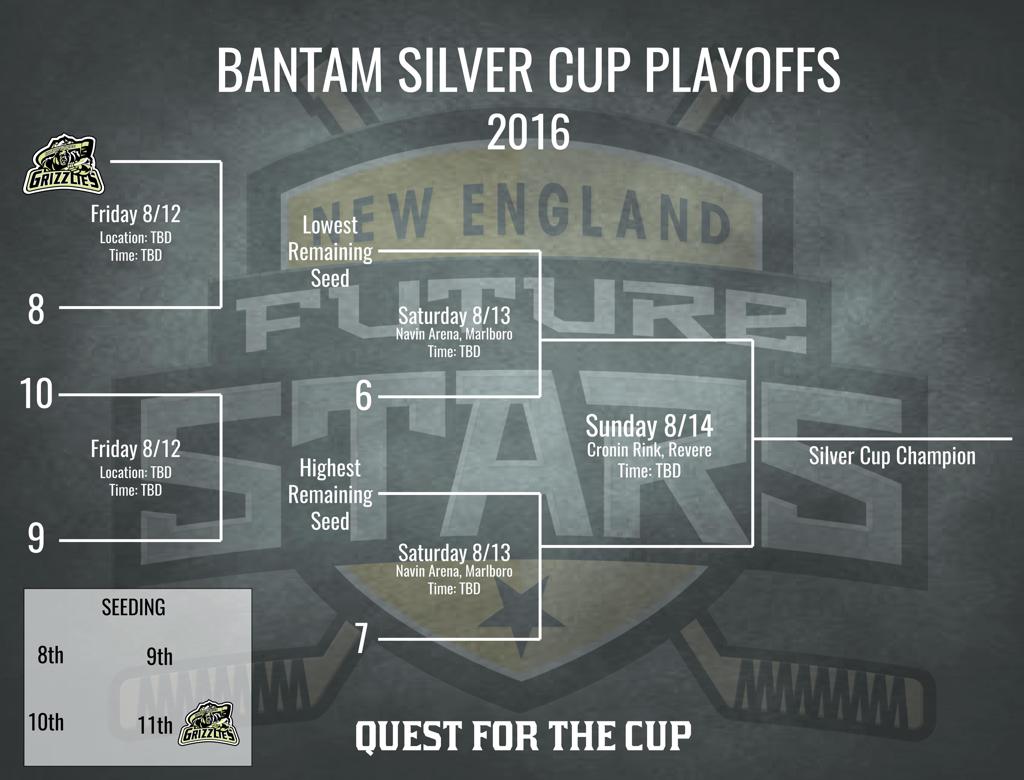 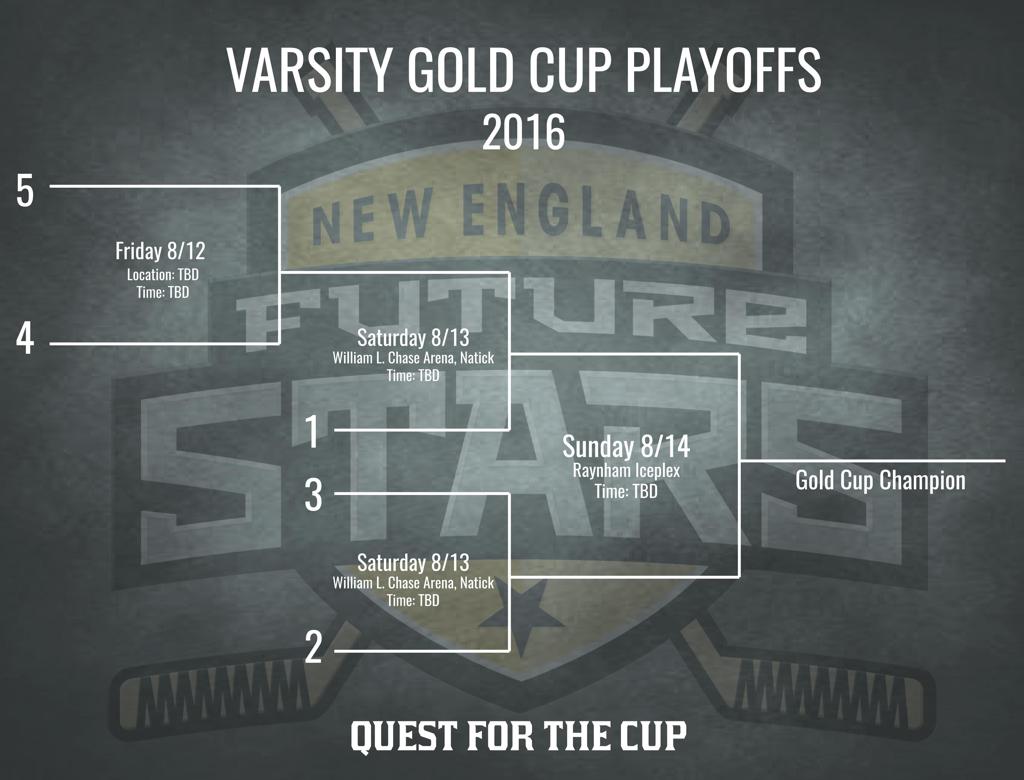 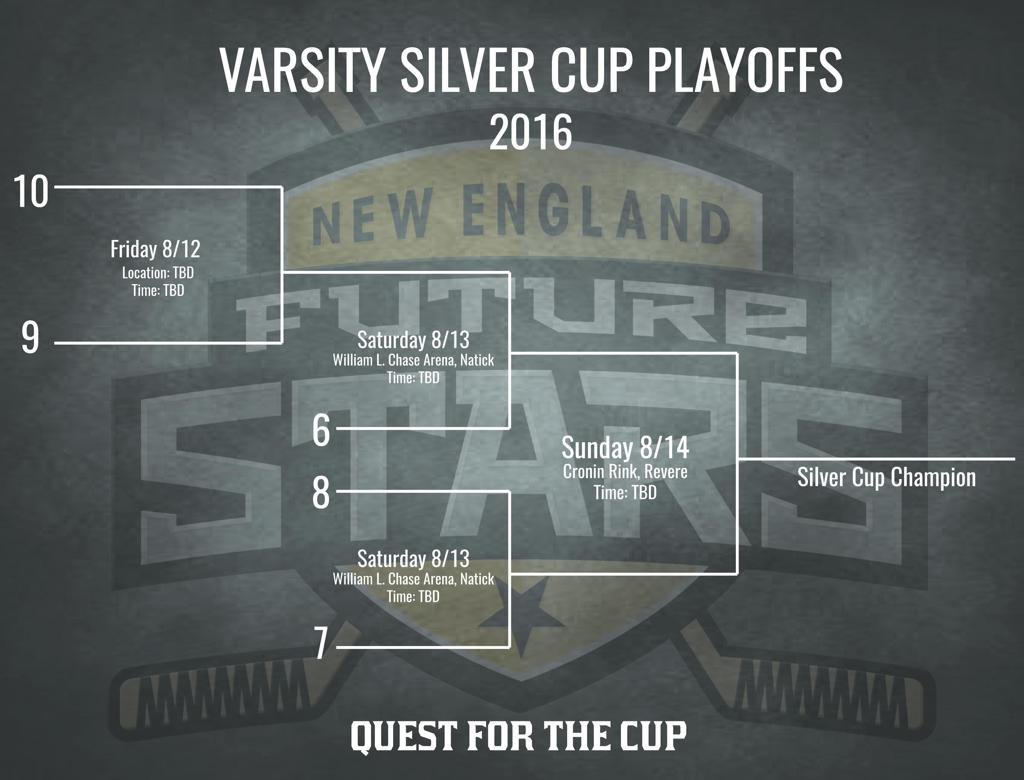 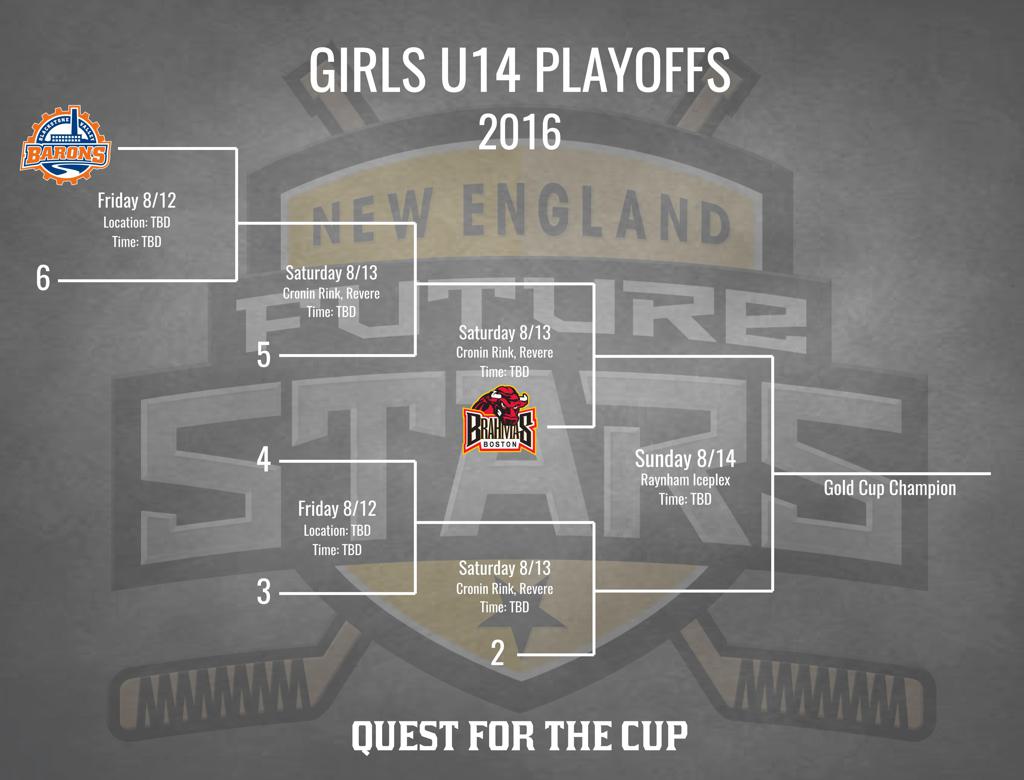 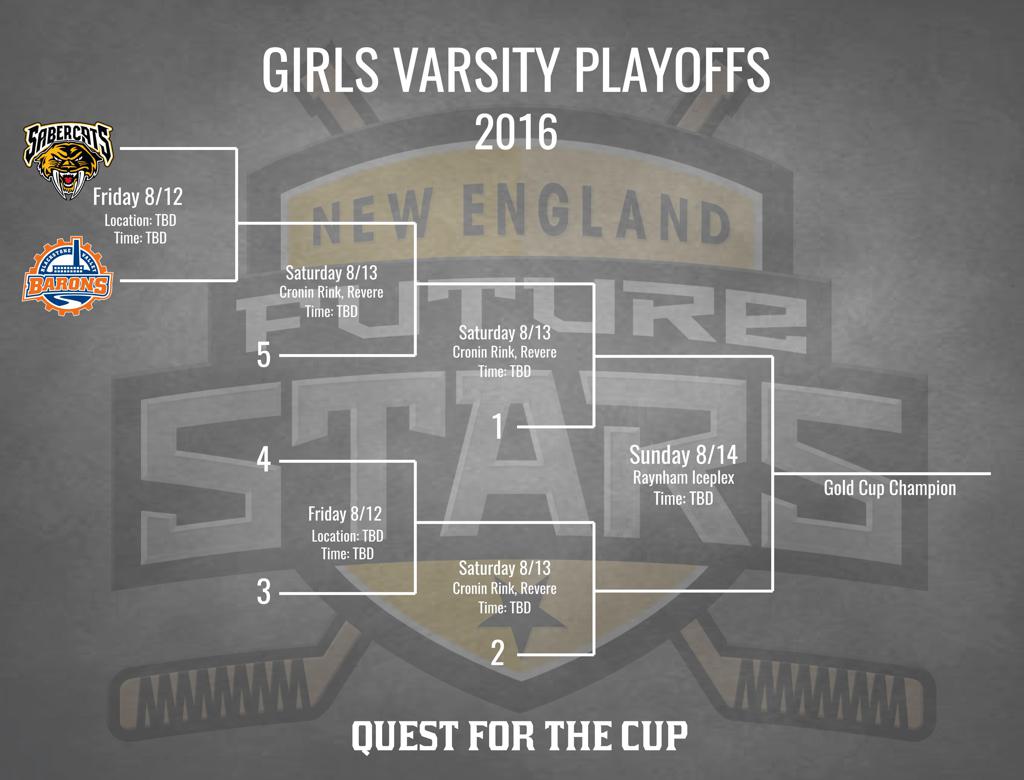